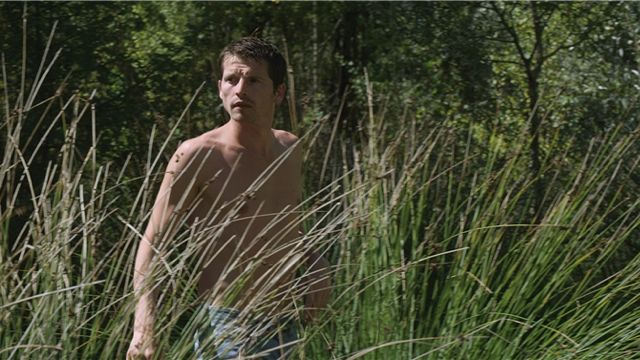 French filmmaker Alain Guiraudie's Stranger By the Lake is both a sexy fantasy and suspenseful thriller. The film popped on audience radars after it premiered in the Un Certain Regard section of the Cannes Film Festival last May (where it won a Directing prize). Word spread, and subsequent screenings were packed. It later had a feisty U.S. Premiere at the 51st New York Film Festival last fall.

[Related: 'Stranger By the Lake' and Alain Guiraudie Retrospective to Open in January]

Set in a single location along a dreamy lakeside beach in rural France, the sandy stretch is popular for sunning in the buff, while the nearby woods offer sunbathers distractions of a carnal nature. Sex is ubiquitous throughout the feature and likely too much for the squeamish. Franck (Pierre Deladonchamps) is a hottie in his 30s who enjoys the sun, the water and the woods. He wanders the woods between dives in the lake, but is picky when it comes to hook-ups. He befriends a shy man (Patrick D'Assumçao) who sits away from most beach-goers. But Franck's attention perks up when he eyes a mysterious Tom Selleck clone named Michel (Christophe Paou).

Michel eyes up Franck, but heads off to the woods with another cute young thing, while giving Franck a look that suggests a future romp may be in store. That moment arrives soon enough, but only after Franck witnesses from a distance a disturbing early evening swim with Michel and his young lover. The following day, a body is discovered on the bottom of the lake. Meanwhile, Franck and Michel are off in the woods having sex. Passers by peek in. But the summer affair is clouded by the mysterious death of Michel's previous lover, which Franck only partially addresses. The temporary bliss is disturbed when an Inspector begins to ask questions and the gentile summer days at the beach only barely mask a sinister unease.

Stranger By the Lake began its theatrical run this past weekend at the Walter Reade Theatre and was one of the weekend's biggest specialty newcomers at the box office. The Film Society of Lincoln Center is also hosting a retrospective of filmmaker Alain Guiraudie's work.

FilmLinc Daily spoke with Guiraudie about Stranger By the Lake and his filmmaking career at the Sundance Film Festival last week. He said the film was an evolution from his previous feature, The King of Escape (2009) and that he wrote the film after the collapse of a project he had been working on for over a year.

FilmLinc Daily: There was a bit of a gap between your previous film, The King of Escape (2009) and Stranger by the Lake. What was going on during the interim and how did Stranger By the Lake come to you?

Alain Guiraudie: In between the two features, I wrote a very long and ambitious film, a love story between a woman and a man (without sex). It took place in the big city during the wintertime. I worked on it with the co-writer of The King of Escape for one year. We were not pleased with the results. I then nipped the project and wrote Stranger by the Lake very quickly, in two months. It was the exact opposite of the previous one. It was a love story between two men, with lots of sex, in the countryside during summer. I thought it would be possible to produce it very quickly, but we couldn’t get the financing, and thus had to wait one year (until the next summer) to shoot it. It had to be shot in the summer, obviously. This is why it took so much time.

FD: In an article focusing on your work I read recently, it made the argument that Stranger by the Lake was an evolution, or a progression, from The King of Escape in terms of sexuality, its use of sex, etc. Do you agree with that?

AG: In The King of Escape, I didn’t face the physical act of sex. With this new film, I deal with the representation and the sex between two men and what it means to be physically in love with someone, in the flesh. This is why I did the film. I was a little bit frustrated with The King of Escape and so I wanted to take it one step further. The King of Escape had a lot of comedic elements in it, but there were also many worrying moments in it. It was still a comedy, however, and so I wanted to keep that balance between comedy and drama, but I hoped that drama would win out. 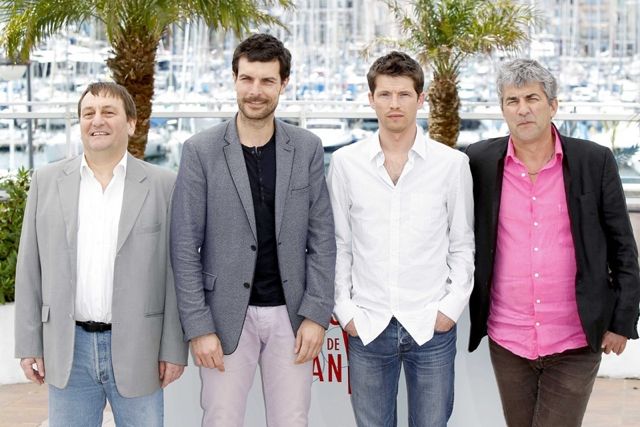 AG: With me, it’s complicated. I always want to mix genres. I never thought about Stranger by the Lake as a specific genre, but it ended with up with many thriller elements. It wasn’t on purpose. The only moment where I really thought about genre was when the inspector comes back at the end of the film and [something happens]. That moment possessed many elements of genre.

FD: The character of Franck (played by Pierre Deladonchamps) seems like a very rational person. He is young and there is perhaps a slight innocence to him. While he seems like a thinking/rational individual, his carnal desires often overtake his mind. Was that your intent?

AG: The character is stuck between his desires and his morals. How far can he go to rid of his desires? Does this philosophically question his thoughts and his moral limits? Can desire overcome everything? The actor who played Franck, Pierre Deladonchamps, brought a lot to the character. While he is very complex, Deladonchamps has this innocence as well. He’s an actor who, even when he doesn’t do anything on stage, he looks worried. Something is always going on in his mind.

FL: Before filming began, what requirements did you demand of your actors?

AG: We talked a lot about the sexuality. They had questions and I had answers. We talked about how far I wanted them to go with those [explicit] scenes and then we moved forward, step by step, with rehearsals, discussions and questions. They weren’t okay with everything that was in the script. Since they were uncomfortable with having un-simulated sex, we used body doubles.

FL: Did you wish for the sex to heighten the tension within the story? It’s fair to say that there is quite a lot of sex (and tension) in the film.

AG: On one side, the film is about representing sex and linking sex with big emotions. On the other, we are presenting fear (which provokes sex) and that heightens the tension.

FL: You kept the story primarily by the lake, on the beach and, of course, in the nearby woods. Why did you want to keep the film centralized to one specific location?

AG: It circles back to the very beginning of my career. The first film I shot was also set at one location. In a way, this film’s one location becomes a Greek tragedy set in one place. It’s a dramatic element. It’s an attempt to mystify the daily life.

FL: In a very fascinating way, the wind becomes an element of music in Stranger by the Lake. There isn’t any music in the film, but the sound of wind prevails throughout, serving the tension somewhat. Were these elements planned?

AG: No. Even the bird songs were not planned for the film. The whole idea was to take whatever nature gave us and include it in the film. Nature is also the noise of the cars and of the planes….nature is everything.