Film at Lincoln Center (FLC) and African Film Festival, Inc. (AFF) will celebrate the kickoff of the 29th New York African Film Festival (NYAFF) at FLC from May 12 to 17. This year’s festival, taking place at the FLC theaters with select virtual screenings, explores a host of themes under the banner Visions of Freedom, presenting diverse and interconnected notions of freedom pertinent to Africa, the diaspora, and the world at large while recalling activism of the past and ushering in new anthems of the future to embrace a united front for liberation and expression.

Tickets are now on sale!

“The events of the recent past have illuminated how interconnected our worlds are. Through it all and across the globe, the collective vision of freedom has come into sharp focus,” said AFF Executive Director and NYAFF Founder Mahen Bonetti. “This year’s festival takes a look at the past, while capturing the present pulse and looking forward to envision a brighter future.”

“Cinema of Liberation: From Inception and Execution to Exhibition,” a master class by veteran Ethiopian filmmaker, Haile Gerima, on Saturday, May 14, at 11:30am will teach the role of film in propelling forth freedom movements and arming viewers to take up the mantle of change. The event takes place in the Amphitheater at the Elinor Bunin Munroe Film Center.

A solo exhibition featuring an experimental, durational moving image meditation by Nigerian-American artist, Zainab Aliyu, will run in the Amphitheater from May 12-17. “freedom is a durational practice” foregrounds anthems of celebration across the diaspora and transverses borders to fabricate an infinite pan-African chorus of shared somatic vibrations.

The festival continues at Maysles Documentary Center in Harlem from May 19 to 22 and culminates at the Brooklyn Academy of Music under the name Film Africa from May 27 to June 2 during Dance Africa. Opening Night Film | Q&A with Gessica Généus on May 12

Faced with precarious living conditions and the rise of violence in Haiti, Freda and her family wonders whether to stay or leave, but Freda is determined to believe in the future of her country. 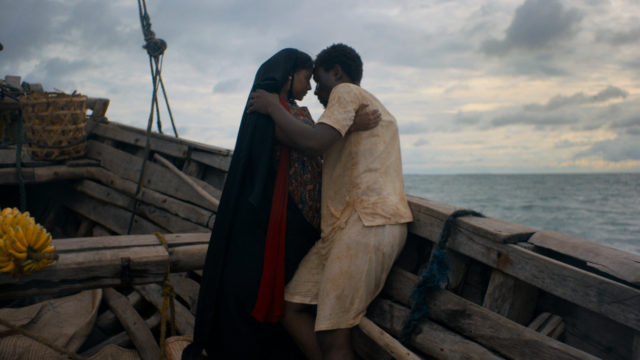 Centerpiece Film | Q&A with Amil Shivji on May 13 U.S. Premiere | Q&A with Manzini Zungu, Charles Castella and Baba Sissoko on May 15 Ayaanle is a 21-year-old who aspires to become an actor. His life is turned upside down after a series of events that lead him to become the most wanted man in Kenya, linked with terrorist activities across East Africa. Jom, The Story of a People

Samb-Makharam uses the griot as the nexus of multiple stories drawing from Senegal’s collective memory. To inspire striking workers, the griot tells of two legends who both became heroes to their people. 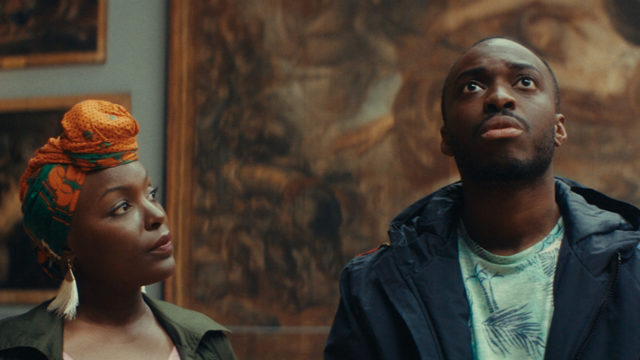 Shot in Belgium and the DRC, Juwaa is a subtly powerful drama offering African characters rarely seen on screens. Years after a traumatic night, a son and a mother reconcile and slowly peel away the layers of their complex relationship. 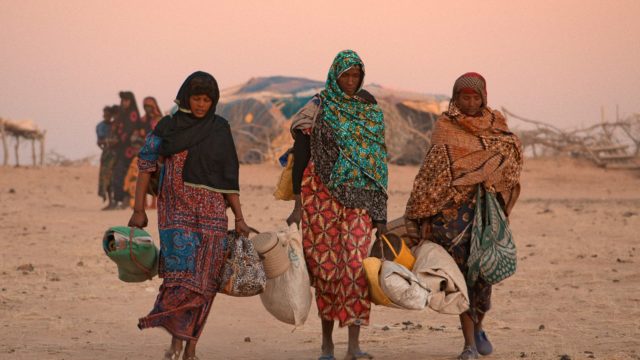 Q&A with Aïssa Maïga on May 14

When 12-year-old Houlaye’s aunt Suri convinces an NGO to build a well in the village, it brings the promise of renewal for those men and women who, unknowingly, had been walking on water all their lives. Q&A with Jean-Pascal Zadi on May 14

JP, a failed 40-year-old actor, decides to organize the first large-scale Black solidarity march in France. But he finds himself torn between his desire to be in the limelight & his commitment as an activist. The Sun Rises in The East

Chronicles the birth, rise, and legacy of The East, a pan-African cultural organization founded in 1969 by teens and young adults in Bedford-Stuyvesant, Brooklyn. Preceded by John Ogunmuyiwa's Precious Hair & Beauty. 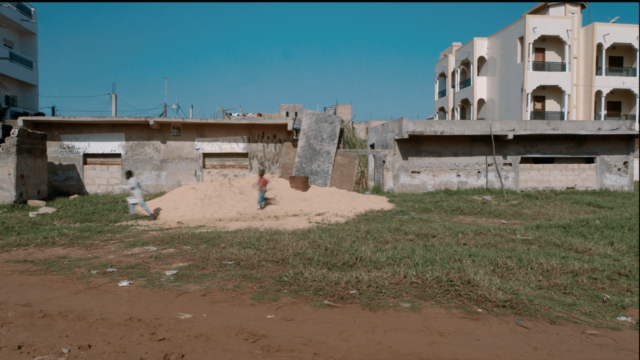 Q&A with Linda Lilienfeld, members of CUAHSI and Alain Gomis on May 14

A collection of short films from Mayors Make Movies, an initiative by Let’s Talk About Water, which promotes participation in water policy in cities across the African continent. Q&A with filmmakers on May 13

A collection of short films featuring intimate stories told through the lenses of filmmakers living in New York. 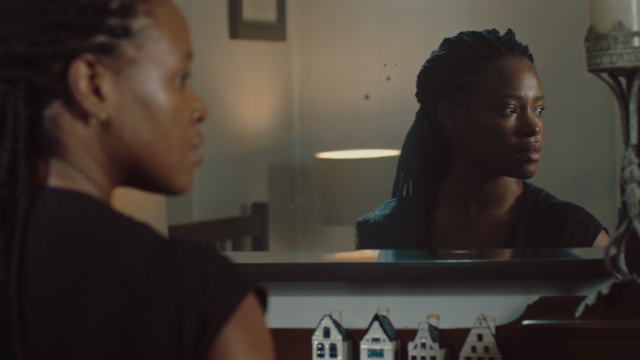 Q&A with Hlumela Matika, Reabetswe Moeti, and Oliver North on May 14

A collection of short films with reflections on history, memory, and personal narratives in South Africa. 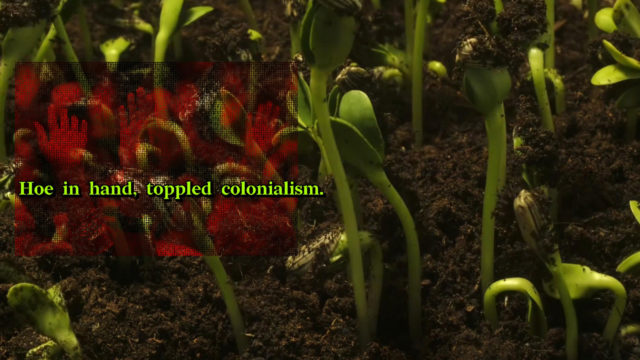 Free through May 17 in the FLC Amphitheater! 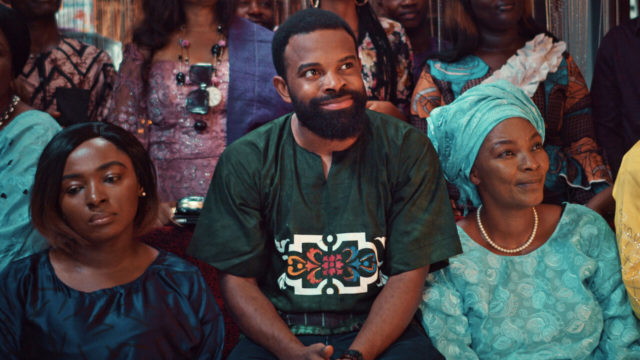 An honest but empathetic account of postpartum depression through the eyes of the mother, Derin, her mother-in-law, and her husband. Guled & Nasra are a loving couple facing hard times: Nasra urgently needs an expensive surgery. Guled works as a gravedigger to make ends meet: how can they find the money to keep the family together? 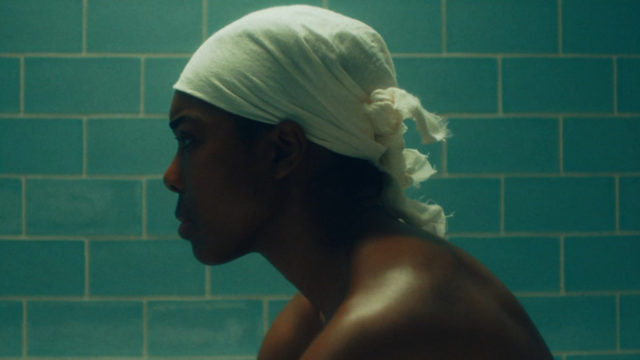 A program of shorts evoking the sounds of liberation, self-expression, and love.

In-Theater ticket prices are $15 for the general public; $12 for students, seniors, and persons with disabilities; and $10 for FLC members. See more and save with the $59 All-Access Pass or the $25 Student All-Access Pass. These passes only apply to in-person screenings.

Tickets for the Opening Night Party in the Frieda and Roy Furman Gallery in the Walter Reade Theater are $200 and can be purchased at africanfilmny.org starting Friday, April 22.