Sponsored by HBO®
This film has no current screenings
share

Isabelle Huppert, who co-stars alongside Gérard Depardieu in this year’s Opening Night film Valley of Love, will sit down to discuss her multitudinous career.

Valley of Love
Guillaume Nicloux, France/Belgium, 2015, DCP, 92m
English and French with English subtitles
Guillaume Nicloux’s sui generis, elegiac road movie puts a meta twist on a familiar setup: titans Gérard Depardieu and Isabelle Huppert star as famous French actors Gérard and Isabelle, a long-divorced couple whose son Michael has committed suicide six months prior to their Californian rendezvous in Death Valley, occasioned by an enigmatic letter from Michael that seems to have been written some time after his death. The letter asks them to visit a series of sites in the area; at the end of this tour, Michael claims he will appear before them. What follows is an utterly singular trip of a film, by turns melancholic and funny, self-reflexive and surreal. In their first film together since Maurice Pialat’s Loulou in 1980, Depardieu and Huppert astound with their enthralling portrayal of grieving parents who, to an ambiguous degree, appear to be versions of themselves, making for a tour de force as moving as it is complex. A Strand Releasing release. 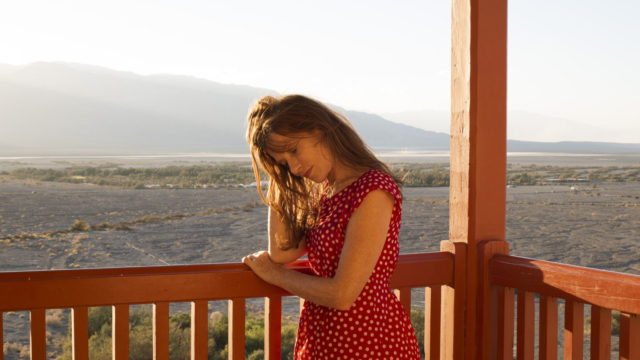