Veteran editor, producer, and director Sam Pollard is among cinema’s most dedicated chroniclers of the Black experience in America, moving freely across film and long-form television as well as narrative and documentary for the past four decades. From his collaborations with St. Clair Bourne, Henry Hampton, and Spike Lee to his own documentaries exploring complicated American figures and the extended aftershocks of racial inequality, Pollard continues to create films notable for their journalistic thoroughness and cogent structure. Dive into Pollard’s ever-deepening body of work in our upcoming tribute, playing in our Virtual Cinema beginning this Friday, January 15, through January 22.

Learn more about Pollards’s filmography below and get nationwide tickets here, including a four-film bundle. This harrowing account of the devastation wrought upon New Orleans by Hurricane Katrina in 2005 marks one of Spike Lee and Sam Pollard’s most humanist and politically urgent collaborations. Pollard, who had worked with Lee on such films as 4 Little Girls, Clockers, and Bamboozled, produced and edited this sweeping portrait of New Orleans residents grappling with the unfathomable damage done to their city by the grand-scale levee failures that occurred during the hurricane. The survivors struggle to piece their lives back together as federal support proves inadequate; but, as When the Levees Broke demonstrates, the spirit of New Orleans is indomitable, and the film presents an image of a city that has experienced unthinkable disaster and yet refuses to stay down for the count.

“A powerful chorus of witnesses and talking heads that cuts across racial and class lines” – The New York Times, Stephen Holden

“An uncompromising analysis of the events that precede and follow Hurricane Katrina’s assault on New Orleans.” – Peabody Awards 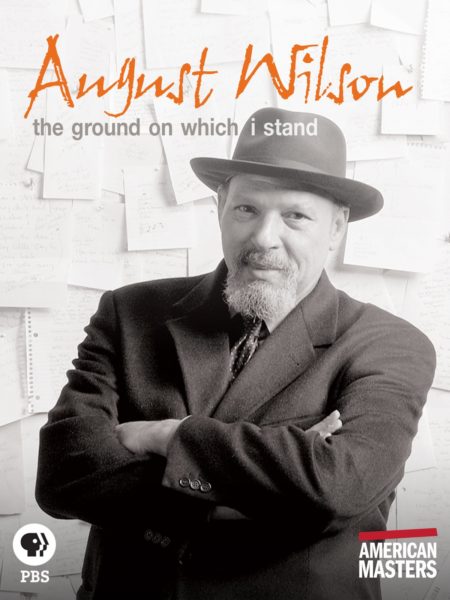 Made as part of PBS’s American Masters series, Pollard’s 2015 feature documentary was the first to be made about August Wilson, the Tony- and Pulitzer-winning playwright who chronicled the Black experience in 20th-century America through a series of plays that stand as cultural touchstones. With his customarily thoughtful and candid approach, Pollard takes us through Wilson’s life with rare interviews and remarkable access to Wilson’s archive, but his primary focus is on the writer’s art. Featuring excerpted performances and dramatic readings from his enduring 10-play cycle—including Fences, Jitney, and Ma Rainey’s Black Bottom—August Wilson: The Ground on Which I Stand provides an illuminating sense of the artist’s life and craft.

“The film, too, is a kind of collage; it follows Wilson’s career chronologically, but as his “Century Plays” were written out of chronological order, it also skips around in time, giving you at once a sense of the plays, the world of the plays, and the people putting on the plays.” – Los Angeles Times, Robert Lloyd In the Freedom Summer of 1964, hundreds of young people—including James Chaney, Andrew Goodman, and Michael Schwerner—were drawn to the Deep South to take part in the Civil Rights Movement. At the same time, two groups of young men (one led by Dick Waterman, the great champion of the Blues, and the other by guitarist John Fahey) made the same trip in search of Blues legends Skip James and Son House. That these two quests ended in the volatile state of Mississippi, whose governor famously referred to integration as “genocide,” is the starting point for Sam Pollard’s musically and historically rich (and Grammy-nominated) film. An NYFF54 selection.

“When the stories converge, Two Trains Runnin’  becomes a powerful meditation on the origins of an African-American musical genre and the painful reasons for its existence.” – Roger Ebert, Odie Henderson Maynard Holbrook Jackson, the first Black mayor of Atlanta, Georgia, made groundbreaking strides in advancing diversity and inclusion in the city between 1974 and 1994. In this clear-eyed documentary about the charismatic leader, Sam Pollard delves into the details of Jackson’s incredible life and career, from his upbringing in the segregated South to the crises and hard-fought triumphs of his three-term mayorship. At once a carefully researched biographical portrait and an insightful examination of a city’s racial and economic transformation, Maynard is an essential film about a remarkable progressive trailblazer. Composed of rare archival footage of Sammy Davis, Jr.’s filmed performances as well as interviews with Whoopi Goldberg, Jerry Lewis, Billy Crystal, and more, Sammy Davis, Jr.: I’ve Gotta Be Me surveys the storied life of the multi-hyphenate entertainer and the political complexities that defined his 50-year career. Sam Pollard’s affectionate portrait captures Davis’s struggles with his identity throughout the shifting tides of civil rights and racial equality in the 20th century, from the Great Depression up to Davis’s death in 1990.

“I’ve Gotta Be Me showcases how his [Davis] struggles blazed a trail for all the entertainers of color who came after him, who have much more latitude in their art and life because of the barriers he knocked down.” – NPR, Eric Deggans

“The fast-paced, classically constructed American Masters production, Sammy Davis, Jr.: I’ve Gotta Be Me, has a lot more to say, but it is sobering how Davis’ life always seems to come back to controversies over race and his fight to be accepted for the immensely talented entertainer he was.” – The Hollywood Reporter, Deborah Young