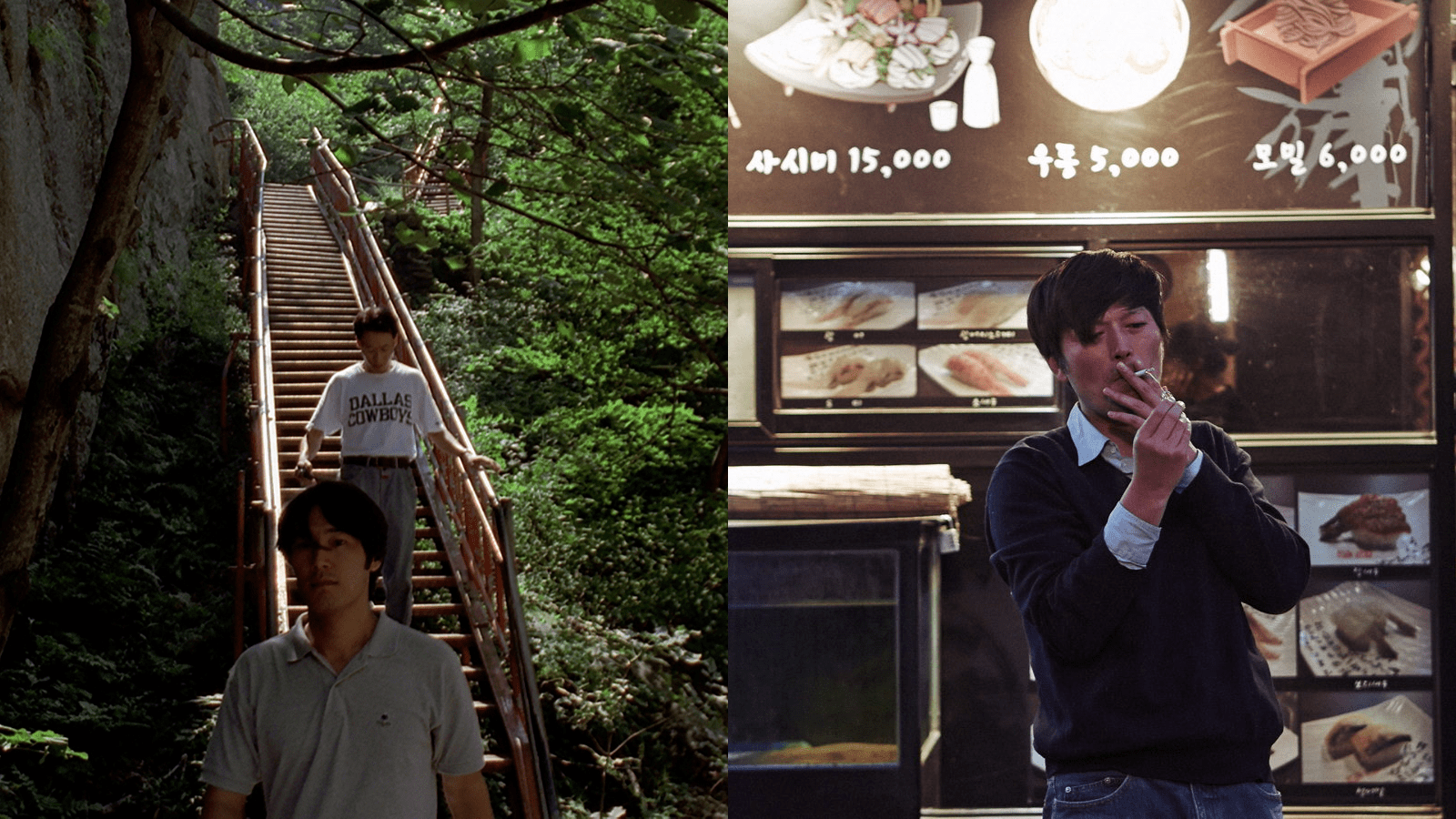 The Power of Kangwon Province + Right Now, Wrong Then

Special 2-for-1 double feature pricing!  See the full schedule and get tickets for the Hong Sangsoo Multiverse.
This film will screen on
Sunday, April 10, 2022
share

1:00pm The Power of Kangwon Province (109m)
Hong followed his acclaimed 1996 debut, The Day a Pig Fell into the Well, with this understated diptych concerning a popular retreat in Kangwon, a mountainous region near Seoul. At first, the film centers on the recently single Jisook, who joins two friends on vacation and falls into a romantic entanglement with a local policeman. Then, the focus shifts to a listless professor, Sangkwon, visiting Kangwon at the same time as Jisook. Already in his sophomore feature, Hong’s soon-to-be signatures of knotted affairs and boozy small talk unfold across a bold yet unassuming structural experiment that invites multiple viewings.

3:00pm Right Now, Wrong Then (121m)
Ham Chun-su (Jung Jae-young) is an art-film director who has come to Suwon for a screening of one of his movies. He meets Yoon Hee-jung (Kim Min-hee), a fledgling artist. She’s never seen any of his films but knows he’s famous; he’d like to see her paintings and then go for sushi and soju. Every word, every pause, every facial expression, and every movement is a negotiation between revelation and concealment: too far over the line for Chun-su and he’s suddenly a middle-aged man on the prowl who uses insights as tools of seduction; too far for Hee-jung and she’s suddenly acquiescing to a man who’s leaving the next day. So they walk the fine line all the way to a tough and mordantly funny end point, at which time… we begin again, but now with different emotional dynamics. Hong achieves a maximum of layered nuance with a minimum of people, places, and incidents. An NYFF53 selection.