Loyal to its mission, the New York African Film Festival returns to the Film Society with the most thrilling and multifaceted annual selection of African films from the continent and the Diaspora to NYC audiences. Commemorating the International Decade of People of African Descent, this year’s lineup of over 25 titles from more than 15 countries represents a unique opportunity to reflect on the ways African men and women have broken through borders with films and narratives that form part of the global imagination.

Displacement, emigration, and personal journeys rooted in economic and sociopolitical upheavals have shaped African cinema since its inception, and 50 years later, in a world defined by economic crisis, climate change, and burgeoning regional conflicts, these issues are more salient than ever.

The 22nd edition of the New York African Film Festival offers a selection of narrative features and documentaries that places special emphasis on the short format and digital technology, both of which have become conduits for new stories, sounds, and images by freeing their creators from budgetary and technical limitations.

Along with these contemporary offerings, the festival will feature Senegalese pioneer Safi Faye’s Mossane, an international classic and milestone for African women filmmakers. Thanks to her achievements and those of others, the preeminence of female voices in the international scene can be seen in the broad range of women’s works this year.

Don’t miss Fabrice Monteiro’s The Prophecy, a series of hypnotic, environmental-themed photographs on display in the Film Center Amphitheater throughout the festival. The Consul General of South Africa, the Honourable Thulisile Nkosi will also do a 3 minutes opening remarks.

While investigating a smugglers’ turf war in Cape Town, township cop Sizwe discovers police corruption linked to the illegal abalone trade, and integrity demands that he take the law into his own hands. After losing his wife, Meseganio sets out on a journey leading him through his children's homes and realizes that, having immigrated to Israel from Ethiopia 28 years ago, he belongs to a rapidly disappearing class that believes in retaining Ethiopian culture. A beautiful 14-year-old girl from a rural Senegalese village who has long been promised as a bride to the wealthy local falls in love and refuses to go through with the marriage—with tragic results. U.S. Premiere | Q&A with Sandra Krampelhuber on May 9

This documentary offers a vibrant portrait of the youthful and creative arts scene in Dakar, revealing a world of people who stand for a passionate, collective, and creative fight against all economic and political burdens in Senegal’s buzzing capital city. Screening with The Prophecy (Marcia Juzga, Senegal, 20m). In this comedy of errors featuring some of Nigeria's finest entertainers, a bus driver loses some psychiatric patients on the way to a federal hospital, and decides to substitute them with  unsuspecting sane commuters. Love the One You Love

Across the city of Cape Town, a sex-line operator, a dog handler, and an IT technician begin to suspect that their romantic relationships are the subject of a bizarre conspiracy, involving their friends, family, and possibly even greater forces. A detailed look at the denizens of Melillenses, a border city whose people both bridge and personify the immense gaps between Europe and Africa. Screening with Ziara. Beyond the Threshold (Sonia Gámez, Spain, 54m). The Narrow Frame of Midnight

The intersecting journeys of three disparate characters—a young orphan, a writer in search of his brother, and the woman he left behind—leads audiences across Morocco, to Istanbul, the plains of Kurdistan, and beyond. Dieudo Hamadi’s documentary follows a group of Congolese high-school students—from the classroom, to the communal house where they study, to the chaotic city streets they walk looking for work—as they prepare for the state exam. Screening with The Road We Travel (Aidan Belizaire, Uganda/UK, 38m). Plot for Peace, a fascinating account of off-the-books diplomacy in the 1980s that has won awards at film festivals around the globe, tells the little-known tale of Jean-Yves Ollivier, a French commodities trader who made his fortune doing business in “difficult countries”—including the internationally shunned South Africa. This alternately dreamlike and ultra-realistic coming-of-age tale—the first film from the Ivory Coast selected to screen at Cannes—uses mesmerizing flashbacks to recount the life of Run, who is hiding out after assassinating the Prime Minister of the Ivory Coast. Afripedia is a five-part documentary-short series produced by the Swedish collective Stocktown. Shot in Kenya, Ghana, Angola, Senegal, and South Africa, each of the five episodes focus on a different group of artists and creators in their respective country. Shorts Program 2: Women in the Media

A collection of seven shorts—The Summer of Gods; Burkina, All About Women; Handmade in Thamaga; Bus Nut; Sister Oyo; Cholo; and Panic Button—by and about women. Stories of Our Lives

Created by the members of The NEST Collective, a Nairobi-based arts collaborative, this anthology of five short films dramatizes true stories of LGBT life in Kenya. Screening with Surrender (Celine Gilbert, Tanzania, 2000, 30m). 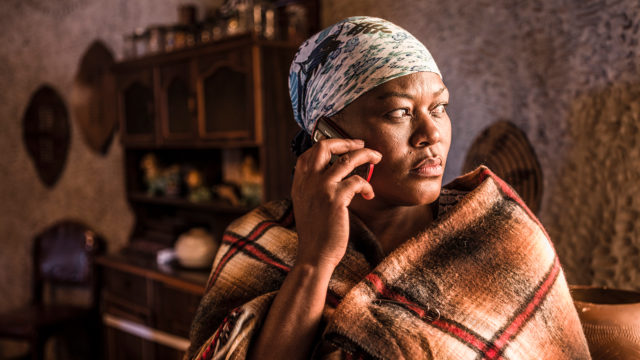