This year, all three of NYAFF’s Gala screenings are brilliant reinventions of the thriller genre. The Opening Gala will be the International Premiere of Nattawut Poonpiriya’s Bad Genius, the first Southeast Asian film to open the festival, with the director and stars in attendance. In this exhilarating high-school thriller, straight-A students Lynn (Chutimon Chuengcharoensukying) and Bank (Chanon Santinatornkul) stage a heist that will undermine the U.S. university entrance system after they lose their own scholarships. The Centerpiece Gala of the festival will be the North American Premiere of Mikhail Red’s Birdshot, a continuation of the festival programmers’ efforts to champion films from Southeast Asia, and the Philippines in particular. The Closing Gala is the U.S. Premiere of Jung Byung-gil’s The Villainess, fresh from its Midnight screening in Cannes. The adrenaline-soaked action film stars Kim Ok-vin as a ruthless female assassin trained in China who starts a new life with South Korea’s Intelligence Agency.

New to NYAFF in 2017 is the Main Competition section, featuring seven diverse works by first or second-time directors that are all having their North American premieres at the festival. Competing are Bad Genius (Thailand), Birdshot (Philippines), A Double Life (Japan), The Gangster’s Daughter (Taiwan), Kfc (Vietnam), Jane (South Korea), and With Prisoners (Hong Kong). The competition jury will be announced at a later date, with winners revealed on the festival’s final night at Film Society of Lincoln Center on July 13.

“We were seeking a range of original films from first-time directors, films that represent the diversity of filmmaking from Asia, stories that say something both very local and specific to their countries of origin and something very universal: we hope we achieved at least some of this with our inaugural competition selection, which includes films from seven countries/cities in the region in a broad variety of genres,” NYAFF executive director Samuel Jamier said. “It’s important for us to champion new filmmaking from Asia, and the diversity of film made there at a time when other festivals in North America seem to be reducing the size of their Asian lineups.”

More now than ever, Hong Kong cinema is at the core of the festival’s programming: faithful to its Chinatown origins, this year’s edition celebrates the best filmmaking from the Special Administrative Region with a central Hong Kong Panorama section, commemorating the 20th anniversary of its establishment, with major support from the Hong Kong Economic and Trade Office in New York. Over the past two decades, Hong Kong cinema has continuously influenced and inspired many filmmakers in Asia and in the world. This year’s lineup proves the originality and excellence of its production is intact: from a powerful condemnation of life inside the territory’s juvenile detention centers (With Prisoners) to a tale of corruption and redemption set in the underbelly of 1960s Hong Kong (Dealer/Healer), the films bear testimony to the city’s rich cinema history.

The core of the panorama will be a special (and first of its kind) focus on the exciting new generation of directors, titled Young Blood Hong Kong. As part of the 20th anniversary, the festival is looking to the future of Hong Kong cinema, rather than its past: these recent Hong Kong directors are working in various genres, tackling a range of social issues, and paying homage to the film traditions they grew up with, from tenement dramas to vampire comedies. Meanwhile, NYAFF continues to bring established, major filmmakers from the region: Lawrence Lau, who, along with Ann Hui, is one of Hong Kong’s best neorealist directors, will be introducing his star-studded crime action drama Dealer/Healer; the Panorama will spotlight the new generation from the region with guest filmmaker Wong Chun and screenwriter Florence Chan with Mad World, Derek Hui with This Is Not What I Expected, and Alan Lo with Zombiology: Enjoy Yourself Tonight. Other films by first-time Hong Kong directors in this year’s lineup are Derek Tsang’s Soul Mate, Yan Pak-wing and Chiu Sin-hang’s Vampire Cleanup Department, and Andrew Wong’s With Prisoners.

In addition to the festival’s screenings, the NYAFF awards a number of honorees each year, including this year’s recipients:

Our Star Asia Award recipient is Korean movie star Gang Dong-won, whose charisma and emotional investment in his performances gives his films a unique edge. His most iconic films include Lee Myung-se’s Duelist, Park Jin-pyo’s Voice of a Murderer, and Jang Hoon’s Secret Reunion. Last year, NYAFF presented two of his films, The Priests and A Violent Prosecutor, and in 2017, the festival will be joined by Gang to present a special screening of the magical fable Vanishing Time: A Boy Who Returned.

The Screen International Rising Star Asia Award will be given to Thailand’s Chutimon “Aokbab” Chuengcharoensukying. The 21-year-old model, who is still a student at Bangkok’s Chulalongkorn University, found fame last year in Thank You for Sharing, an eight-minute, viral short about cyber-bullying. The NYAFF is opening with her feature debut, Bad Genius, in which she stars as a high-school student who masterminds an ambitious heist of the American university entrance exam system. It’s a demanding role, in which her quick-witted character must navigate a complex moral universe where parents and teachers don’t always know best.

Tickets go on sale June 15, with Film Society and Subway Cinema members receiving an early access period beginning June 13. Become a member today! Tickets are $14; $11 for students and seniors (62+); and $9 for Film Society members. See more and save with a 3+ film discount package and All Access Pass.

The New York Asian Film Festival is co-presented by Subway Cinema and the Film Society of Lincoln Center and takes place from June 30 to July 13 at Film Society’s Walter Reade Theater (165 West 65th St), and July 14 to 16 at SVA Theatre (333 West 23rd St). 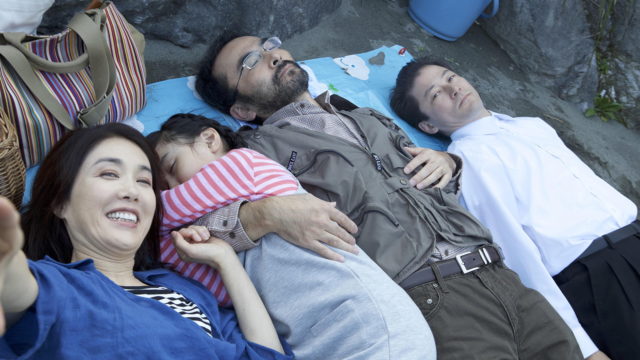 A Vision of Resistance: Peter Nestler