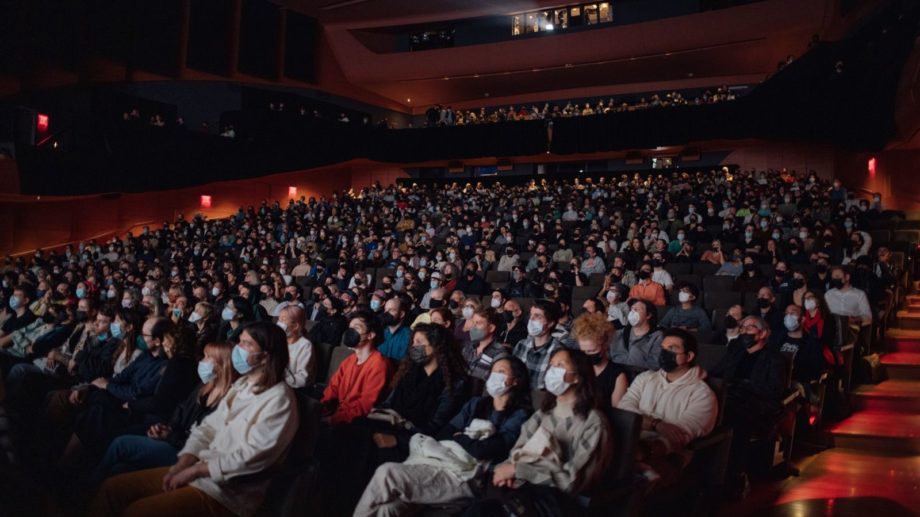 The NYFF60 audience at Kelly Reichardt's Showing Up. Photography by Sean DiSerio.

Lesli Klainberg, president of Film at Lincoln Center, announced today that Matt Bolish has been named to the newly created position of managing director of the New York Film Festival (NYFF). In this role, Bolish will work closely with artistic director Dennis Lim, who oversees the curation and programming process, to produce the world-renowned event. Bolish has been a member of the FLC staff since 2011 and is currently the organization’s vice president of operations, in addition to serving as NYFF producer since 2016.

An enduring part of New York’s cultural landscape since 1963, the NYFF is an annual bellwether of the state of cinema that shapes film culture. Presented by Film at Lincoln Center, the 61st edition of the NYFF will take place over 17 days, from September 29 through October 15, 2023.

Film critic Justin Chang has been appointed to the five-member NYFF Main Slate selection committee. Selection committee chair and artistic director Dennis Lim said of the appointment, “Justin’s love and knowledge of cinema are evident in everything he writes, and I’m excited for him to bring his curiosity, generosity, and insights to our programming process. I know I speak for the entire programming team when I say we are thrilled to have him on board.” Chang is the film critic for the Los Angeles Times and NPR’s Fresh Air, chair of the National Society of Film Critics, and secretary of the Los Angeles Film Critics Association. He joins Lim and committee members Florence Almozini, K. Austin Collins, and Rachel Rosen. Rosen, a member of the selection committee since 2020, will assume the role of West Coast delegate, working with Lim to manage key U.S. film industry relationships.

In an effort to expand training for emerging professionals intending to pursue a career in film festival programming, Film at Lincoln Center has created an NYFF Programming Fellowship.  Overseen by the Artistic Director of the New York Film Festival, the fellowship will provide hands-on experience in curating one of the most prestigious film festivals in North America. The dates of the Fellowship are April 15 through October 15, 2023. Applications will be accepted through February 15; details available here.

Film at Lincoln Center will open a call for short film submissions for the 61st NYFF via FilmFreeway from February 27 through May 5, 2023. The entry fee of $45 provides funds for seasonal staff to manage and screen short film submissions and for other festival operations, as well as artist support. NYFF is noncompetitive, and all sections are curated by a selection committee with input from an international roster of programming advisors and screeners. Only short films (40 minutes or less) are accepted through FilmFreeway.

NYFF’s call for short film submissions provides an opportunity for new and emerging filmmakers to share their work. In addition to short film submissions collected via FilmFreeway, the NYFF61 selection committee considers recommendations from alumni and industry colleagues, as well as work that has premiered in international festivals and galleries since the previous edition of NYFF. Submitted films will be evaluated by NYFF61 programming staff and considered equally with all other prospective entrants. Filmmakers submitting through FilmFreeway will be notified of the status of their films the week of August 7, 2023.